I will speak about Sophie Germain, a mathematician who was born on April Fools’ Day, 1776, and Fermat’s Last Theorem, a statement about powers of positive integers that was formulated in the 17th century and proved almost exactly 25 years ago. Although Sophie Germain is known primarily for a single result that she proved in the direction of Fermat’s Last Theorem, it has become increasingly clear that her contributions to mathematicians have been systematically underestimated. The mathematical argument that I will sketch uses only basic algebra and the fundamental fact that numbers can be factored uniquely into products of prime numbers.

Reception immediately following the talk in the Conservatory

Fermat’s Last Theorem is the statement that the sum of two perfect ηth powers of positive integers is never a perfect ηth power, when η is an integer bigger than 2. It was formulated in the 17th century and proved almost exactly 25 years ago. I will explain some of the recent history of the theorem and outline the sequence of steps that led up to the proof in 1993 and 1994. The proof was presented in two articles from the 1990s, one by Andrew Wiles and the other by Richard Taylor and Wiles. Both articles led to an enormous number of follow up articles by powerful mathematicians. Despite these recent advances, it is unclear whether the proof from 1994 has been simplified in any substantial way. 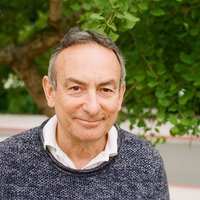 Biography: Kenneth Ribet is Professor of Mathematics at the University of California, Berkeley and the Immediate Past President of the American Mathematical Society.

Ribet studied at Brown University and Harvard University. He received his PhD in 1973 from Harvard, where his advisor was John Tate. After three years of teaching in Princeton and two years of research in Paris, Ribet joined the Berkeley faculty
in 1978.

Ribet is a member of the editorial boards of numerous book series and research journals. He was elected to the American Academy of Arts and Sciences in 1997 and the US National Academy of Sciences in 2000. He was awarded the Fermat Prize in 1989 and received an honorary PhD from Brown University in 1998. He received the Brouwer medal from the Royal Dutch Mathematical Society (KWG) in 2017.

Ribet was inducted as a Vigneron d’honneur by the Jurade de Saint Emilion in 1988. He received his department’s Distinguished Teaching Award in 1985 and again in 2013.